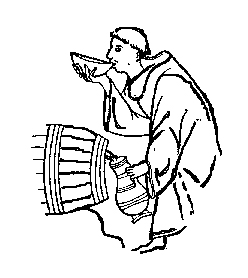 As far as blogs go, that’s hardly enough to impress anyone. My two initial reactions are (1) I’m startled that I’ve stuck to it even this long, and (2) sweet, another way to mark the passing of the years while Vespers still isn’t finished. So, for those of you keeping score at home: four years of development, two years of blogging, zero finished indie games. Closer, but not there yet.

This is not a high volume, high visibility blog by any stretch of the imagination, so I appreciate all (ten) of you who stop by here every once in a while to check up on things and see if the furniture has been moved around at all. It does help.

A year ago, I reflected on the occasion by noting how much admiration I have for those who blog (and write) well, specifically mentioning people like Jason Scott, Emily Short, Corvus Elrod, Shamus Young, and of course, Jay Barnson. A year later, I only admire them more. I think the common link among them all is not necessarily that they blog regularly or often, but that they each write with a unique voice that draws people in and keeps them coming back for more. It’s always a welcome sight to see a new entry from these folks waiting to be read. Good stuff, always. It’s something to shoot for.

Thanks again for coming along, and raise another brew with me to a third year.

This entry was posted in miscellaneous. Bookmark the permalink. Post a comment or leave a trackback: Trackback URL.