The Vespers submission for Screenshot Saturday for February 11, 2012. Check out all of the indie screenshot submissions over at screenshotsaturday.com. 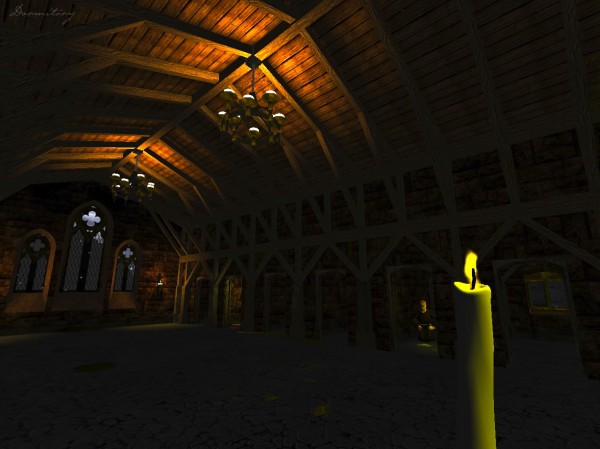 Vespers, Act I, showing the dormitory, with Lucca visible in Matteo's room.

As I cram for tomorrow’s combined Indiecade/Utah Indie Gamers Night deadlines, another looms close on the horizon. The deadline for submissions to the Austin Game Developers Conference, or AGDC, is coming up in a little over a week. This is not a deadline for game submissions, but rather submissions for lectures, classes, or panel discussions.

I went to last year’s conference and had a great time. It’s much smaller than the main GDC in San Francisco, but there’s a lot of great activity and opportunities to meet and talk with people. While GDC is probably overwhelming, AGDC is considerably more welcoming and relaxed (and less expensive). I’m planning on going again this year, and depending on when the IGF Showcase deadline is, perhaps [More...] Read the rest

Due to a last-minute scheduling conflict, the XYZZY awards ceremony is being rescheduled for Saturday, March 28th at 3PM EDT. Same location, on ifMUD (http://ifmud.port4000.com), which itself is a fun experience. Come check it out if you’re interested to hear about some of the best IF of the past year.

Forging onward with the next batch of IFComp entries, as I review my initial impressions of each game’s opening (introduction, “About” screens, and the first location), summarized by the Capture Score from 1 (intriguing; a definite play) to 4 (dreadful and forgettable). Just a reminder, no spoilers here, just early impressions.

Games covered here include “A Date With Death”, “When Machines Attack”, and “Berrost’s Challenge”.

“A Date With Death”, by David Whyld

Whyld’s game, subtitled “being the further adventures of the king who wished to die but whose subjects just weren’t ready to let him go”, is the third game in a series that began in 2004 with “Back to Life… Unfortunately” and continued in 2007 with “The Reluctant Resurrectee” [More...] Read the rest