Now with weekly screenshots! See below. This past week was a little slow as we got back in the swing of things, but we still accomplished some good things. We got a new model for the skinned hare to use for Act 2 and beyond, which is now implemented and functional, and NR completed the work on the final Satan arm and zodiacs for the devil prayer. The zodiacs are installed and working, and now I just need to export the final arm and get all of the arms positioned and timed appropriately. So I’ll probably be spending some time this week working on that prayer. I also finally found and fixed a long-standing bug that affected the inventory screen, whereby an object selected in the inventory would not become de-selected when clicking on a non-inventory item (or on nothing).

This week’s screenshot features the opening scene from Act 2, with Drogo standing excitedly over the dead body, rubbing his hands together. 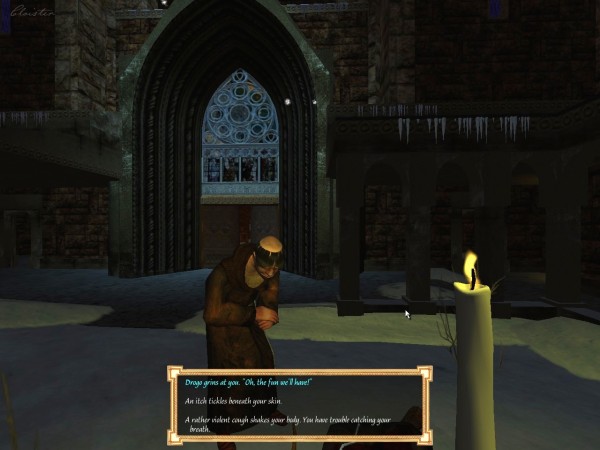 The opening scene from Act 2. Can you feel the excitement?